The cognitive-behavioral model (as depicted below) suggests that three layers of cognitive dysfunction exist in individuals struggling with social and/or psychological problems: Automatic thoughts, intermediate beliefs, and core beliefs. An automatic thought is a brief stream of thought about ourselves and others. Automatic thoughts largely apply to specific situations and/or events and occur quickly throughout the day as we appraise ourselves, our environment, and our future. We are often unaware of these thoughts, but are very familiar with the emotions that they create within us. Maladaptive automatic thoughts are distorted reflections of a situation, which are often accepted as true.

Automatic thoughts are the real-time manifestations of dysfunctional beliefs about oneself, the world, and the future that are triggered by situations or exaggerated by psychiatric states, such as anxiety or depression. Intermediate beliefs are attitudes or rules that a person follows in his/her life that typically apply across situations (not situation specific as with automatic thoughts). Intermediate beliefs can often be stated as conditional rules: “It x , then y.” For example, “If I am thin, then I will be loved by others.” Individuals create these assumptions by categorizing the information they receive from the world around them. These rules guide thoughts and subsequently influence behaviors. Dysfunctional core beliefs drive dysfunctional rules and automatic thoughts. For example, the belief, I am unlovable, may be driving the conditional rule, If I am thin, then I will be loved by others, which may drive obsessive thinking about one’s appearance, excessive exercise, or disordered eating habits.

Core beliefs are often formed in childhood and 45 solidified over time as a result of one’s perceptions of experiences. Because individuals with psychological disorders tend to store information consistent with negative beliefs but ignore evidence that contradicts them, core beliefs tend to be rigid and pervasive. Although automatic thoughts are often tied to a specific situational trigger, intermediate and core beliefs are more global and cut across domains. Beck suggests that individuals tend to have core beliefs that involve either interpersonal (“I’m unlovable”) or achievement issues (“I’m incompetent”).

I found the sessions helpful. Live online counselling was much more comfortable than I initially thought. Dr Coetzee helped me understand my issues from a fresh perspective. He also gave me valuable tools to deal with future concerns.

Thank you for the review. I am glad I could be of help.

You listen and do not judge. You make it easy for me to believe that it will be ok. Thank you.

I have been a patient of Dr Coetzee for over two years. He has helped me immensely with managing and coping with my anxiety and depression, whilst also facilitating and guiding me in navigating life. I cannot recommend him enough. I have seen three therapists before starting my journey with Dr Coetzee, and he has by far been the best. Sessions are comfortable, insightful and helpful ( both face-to-face and online sessions). If you are struggling with any mental health issues and/or needing someone to help you figure out life, I recommend seeing Dr Coetzee.

Thank you for the review.

The online couples counselling assisted us in addressing some main concerns in the relationship. Follow up sessions were helpful to ensure we keep the new ways of dealing with issues intact. We recommend the process.

I appreciate the feedback. Thank you. 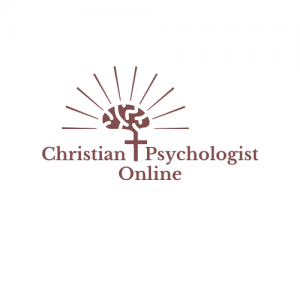 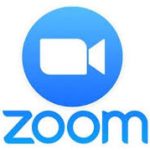